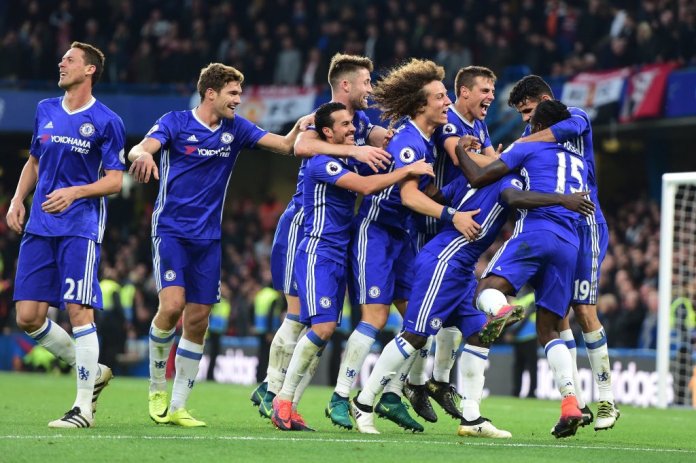 Chelsea 4-0 Manchester United. This was the kind of result I would have dreamed of the night before. Chelsea were firing on all cylinders from defense, to midfield, and ultimately to attack. Not only did the Blues defeat a top opponent, they completely outclassed United in every aspect. Chelsea were great as United were dismal. And to top it all off, it was the return of our once beloved manager Jose Mourinho. The media focused on the build up of the game with Mourinho’s return, but all Mourinho received from the encounter was his biggest Premier League defeat in history where he once called home.

Chelsea were dominant from the beginning courtesy of Pedro’s finish after only 30 seconds. This was followed by a Cahill finish from a set-piece to give us a two goal lead by halftime. Once the second half began, United tried their hardest to get back in the game but a clinical finish from Hazard and even a goal from Kante (I’m still surprised by that one) solidified that Chelsea were definitely the better team on the day. Mourinho and United had no answers. Mourinho’s only answer was that Conte shouldn’t humiliate him after such a lopsided defeat. Oh Jose.

Conte’s tactics, not only in this game but the two prior victories against Hull and Leicester, have proved to be the difference. After losses from joint table toppers Liverpool and Arsenal, Conte made a drastic alteration in formation by deploying a 3-4-3 system. The three center backs have kept a clean sheet in each game the system has been utilized. Luiz is looking like a smart purchase, Cahill seems to have his confidence back after a tumultuous couple of outtings, and Azpilicueta is just a versatile defender who can operate anywhere in the backline. The marauding wing-backs we have in Moses and Alonso do an exceptional job in both defense and attack. The midfield duo of Kante and Matic dictate play with their passing while also shielding the defense. Costa and Hazard are in great form in front of goal. We even have decent squad depth. Willian and Pedro are both viable options to start, providing each other with healthy competition. It’s especially worth noting the emergence of Nathaniel Chalobah. Conte begins to trust him enough that he has made appearances off the bench in four of the last five matches.

Chelsea’s recent run of form have seen the Blues sit 4th in the Premier League table, one point off the top. If this form continues, along with our top rivals dropping first, Chelsea could be first in no time. I believe that we are not only in the hunt for a top four finish, but we can challenge for the title. The defeats against Liverpool and Arsenal made me think for a bit that it was all but over in the league. It appeared that we couldn’t bump shoulders with the best of them. However, back to back demolitions of the reigning champions and Mourinho’s star-studded United have led many to think otherwise, myself included. There’s no reason that Chelsea shouldn’t be challenging for the title and that’s what Conte has instilled in the squad.

In every pre-match and post-match presser I’ve seen, I’ve noticed that Conte puts a great emphasis on “work”. He always says how hard the team have worked and how much work still needs to be done. It shows how much effort the squad has put in during training sessions because they replicate it with tremendous aplomb on the pitch. Hard work does pay off.

Ahead of the EFL Cup game against West Ham, squad rotation is imminent. I’m sure Conte will reiterate the importance of working hard so that Chelsea can continue in the competition and end the season with a trophy or two in the cabinet, but for now Conte and the squad are taking it one game at a time and continuing to work. Around the 20th anniversary of the great Matthew Harding, rest his soul, it is truly rewarding to see how far the team have come and how they intend on maintaining this working mentality.

One thought on “Working Hard: Reaction to the Game”